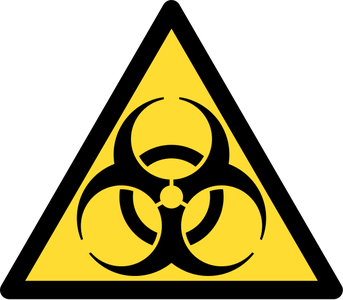 ABOUT THE KOI HERPES VIRUS - WARNINGS, CONCERNS AND OTHER INTERESTING INFORMATION
There is no doubt that the Koi Herpes virus will kill a lot of carp but that is where the “good” news stop for those who hate the species. Talks of controlled releases are hocus pocus stories to soften the public into thinking the process will be a controlled one. Australians fortunately have enough common sense to know that this will not be the case as various animals, birds, fishing tackle and especially humans will spread the virus wider and further than any “carp control program “can ever keep up with. It does not matter how many times the Virus advocates say it, it will not change the fact that once the virus is released it will spread all over the Murray Darling Basin and to other rivers, dams and water supplies all over Australia where carp or Koi are present. Dying carp also don’t give notice, wait for weekends or other times when it’s convenient for the “Armies” of volunteers to scoop up the potentially millions of tons of rotting fish (including native fish and other lifeforms)  and to return when it happens again, it may happen more than once a year and likely to carry on for years to come. They also don’t go and rot where it is easily accessible for the “armies” of people to get to, NO, they will rot all over the place and the putrid water with no oxygen will kill EVERYTHING depended on oxygen. It is also very unlikely that the Environmental Protection Authority will allow the “armies” of people to be exposed to health risks like the rotting fish and putrid water. The $15 000 000 Government spend on the planning and marketing exercise to soft-soap the public and infect our waters with the virus DOES NOT pay for the clean-ups and other consequences. The money for this still needs to be found and States / Councils (than means YOU) are the likely ones to pay for cleaning up the mess created by the Politicians (those in favour), the Koi Herpes Virus Salespeople and those other groups who do not really want to much focus on their own negative effects on our waterways. These costs are likely to be in the hundreds of millions of dollars and the worst part is that after all the mess and wasted money the whole project may well still turn out to be a massive flop with which we will have to live with for many years, just like the Cane toad fiasco. Support our alternative plan (Carp Australia Resource Project) and rather be part of the solution than the problem. We would rather see funds spend on our positive plan where the carp biomass will be reduced in a controlled, safe, sensible way and the resource used in positive and constructive ways comparted to spending it on the wasteful, irreversible and risky virus. Our project will significantly reduce carp and increase the native fish biomass over time and won’t be a shock on the system, nature will have time to adapt to the new environment.

The international community take the Koi Herpes virus VERY serious. It has been listed since 2005 in Germany, and since 2007 in England and by the World Organisation of Animal Health (OIE) as a notifiable disease. It has spread to most regions of the world due to the global fish trade and international ornamental koi shows. Source: https://www.ncbi.nlm.nih.gov/pmc/articles/PMC3961040/
Most Countries with Carp view the Koi Herpes Virus as the Pest and are trying their best to eliminate or at least stop the disease from spreading. Australia is the only continent in the world that does not have the Koi Herpes virus.

The Koi Herpes Virus is currently listed as an Exotic disease in Australia.
http://www.agriculture.gov.au/SiteCollectionDocuments/animal-plant/aquatic/field-guide/4th-edition/finfish/koi-herpes-virus-disease.pdf

​"MUST WATCH" VIDEOS
Highlighting concerns about the virus - https://www.youtube.com/watch?v=GJPFtddq6_A&sns=em
​The role of POLITCS in the carp debate - https://www.youtube.com/watch?v=wWyIShiYZeE&sns=em
​ARTICLES
The Koi Herpes virus will kill many millions of carp and a study done on the effect of dead carp on water quality warned of huge side effects: "There's a lot of things we need to determine, but so far my research does indicate that there will be huge side effects for the rest of the ecosystem." Full article - http://www.abc.net.au/news/2016-08-14/herpes-carp-kill-in-river-murray-ecosystem-may-sap-oxygen/7731892?pfmredir=sm

Should we release the deadly carp virus into our rivers and water supplies?
Six reasons why Canberra will not be volunteering for a trial release
http://theconversation.com/should-we-release-the-deadly-carp-virus-into-our-rivers-and-water-supplies-57982

The one calculation in this article is incorrect but to put it in perspective: 2 million tonnes of dead carp equals 66 666 Humpback whales, each cut up in 30 000 rotting pieces……still think the clean-up is going to be a success? Good old common sense is all that you need to work it out for yourself.
http://www.abc.net.au/triplej/programs/hack/what-could-possibly-go-wrong-with-carp-herpes-carpageddon/7405048


WHAT DOES SCIENTISTS AND OTHER SPECIALISTS HAVE TO SAY?
Biocontrol of common carp in Australia poses risks to biosecurity.
Source: https://www.researchgate.net/publication/313875413_Biocontrol_of_common_carp_in_Australia_poses_risks_to_biosecurity